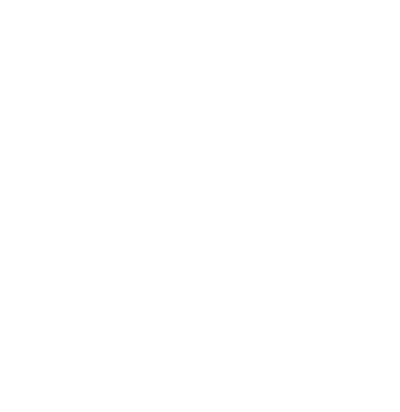 Oklahoma residents know all too well the problems of having an ant infestation. Given the weather patterns and climate the state faces, Oklahoma can be a breeding ground for these tiny pests. Controlling ant populations indoors can be a daunting task for any homeowner as countless sprays and powders may temporarily alleviate the problem or completely fail. It's estimated that there are nearly 1.5 to 1.6 million ants per person in the world, making ant control a necessity.

Ant populations have flourished in Oklahoma in recent years. Though ants may seem harmless foraging on the sidewalk or within a garden, these pests tend to invade homes and businesses. Without prevention or proper treatment, a visit from ants can lead to a long-term co-existence within a home.

Given the small size of ants, the pest can easily find its way through the smallest of cracks as it forages for water and food substances. Ants most often are seen traveling in a line formation. This can be attributed to the ant's unique characteristic of leaving a chemical trail of pheromones leading to and from a food source.

We don't just Get Rid of Pests, We Make Sure They Stay Gone

Colonies can be as large as one-half million ants at any given time, making DIY ant control incredibly ineffective. With a nest capable of being concealed anywhere in the house, pinpointing their exact location can be tricky for the homeowner. The queen of the ant colony can live up to 15 years and worker ants, constantly being born, have a lifespan of nearly 7 years. Over time these populations can wreak havoc on whatever material they choose to use for nesting, including wood structures.

The best offense in defending a home from an ant invasion is ensuring that steps have been taken to create a barrier between the home and the outside world through preventative ant control. For over 40 years, Emtec Pest Control has perfected the process of locating and safely removing ants from homes and establishments. If you are experiencing ant problems, we are available to give you a free inspection to assess your ant control needs. Fill out our online contact form today to schedule your no-obligation inspection today! 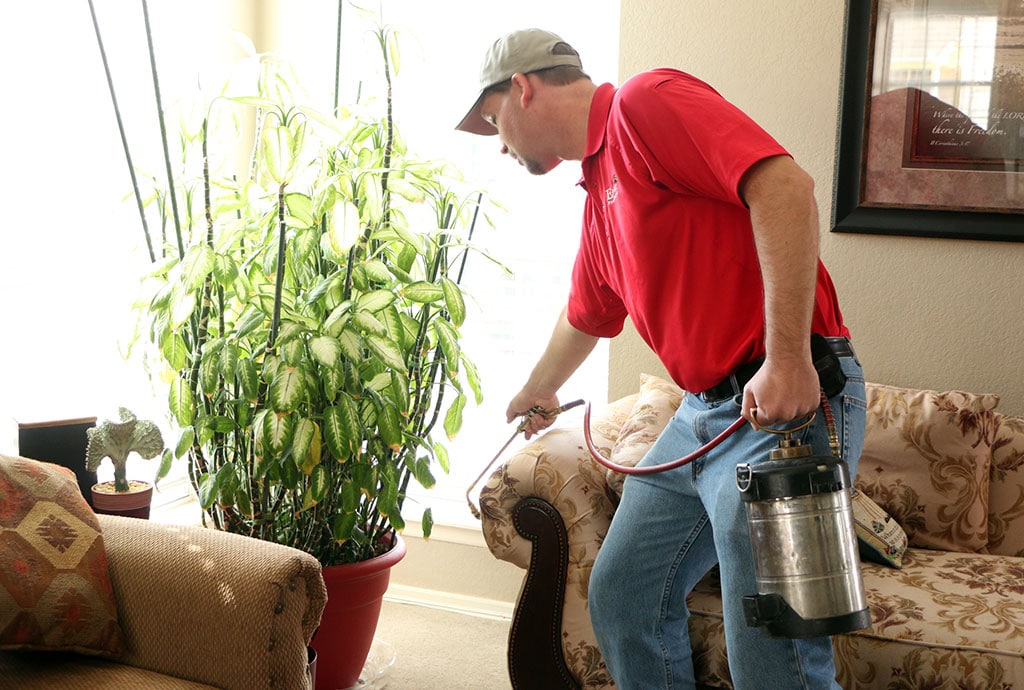 If you're ready to get serious about ant control for your home or place of business, give us a call. You can schedule your FREE, no-obligation inspection today online or by phone. 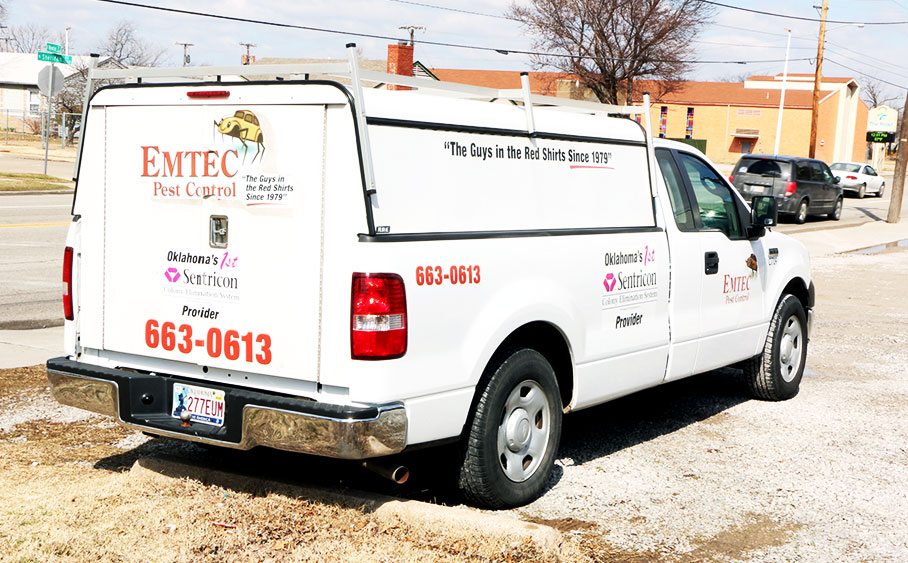 The metamorphosis process of ants follows a very distinct path, including; egg, larvae, pupae and adult phases. The process can take several weeks or months to complete depending on environmental factors and the species of ant. Knowing the life cycle of the ants in the colony you are dealing with can make ant control treatments more effective.

Fertile female ants who successfully mate with a male select a shelter fit for becoming a colony to begin laying eggs. Ant eggs are rice-like in appearance with a white or transparent color and oval shape. As the sole reproductive element of a colony, queen ants are brought food by worker ants who also remove their waste.

Within one to two weeks, ant eggs will hatch with a grub-like appearance. During this time adult ants are consistently bringing food and liquid to satisfy the larvae's appetite. Larvae will tend to pre-digest the food then regurgitate it. This method provides sustenance throughout the colony through redistribution of the regurgitated food.

After molting and shedding their skin, larvae become pupae. Generally, ants in the pupae stage will resemble the common ant appearance, yet limbs and antennae will be affixed to the body with a folded appearance. When in the pupae stage, ants typically begin a white color, but with age become darker.

Once the pupal stage is complete, ants take the form easily seen on sidewalks or as unwanted pests within a home or business. Ants will take on one of three to four jobs within the colony, dependent upon the species. The job associated with the given ant can vary greatly depending on their gender.

Within ant colonies, there are three to four particular castes that inhabitants fall into depending on the species. The jobs assigned can be based on factors such as gender and fertility. In the colony system of ants, each caste serves a very particular purpose. By functioning as a colony, these ant populations have developed an efficient population system.

Depending on age and size, worker ants can be assigned a variety of jobs. The most numerous population within an ant colony, worker ants are primarily tasked with foraging for food and bringing it back to the colony for distribution. Female ants that are unable to reproduce are within the worker caste to maintain a clean nest and feed larvae. Worker ants are always wingless and are the typical pest seen foraging.

Hatched from unfertilized eggs, drones aren't responsible for work within the colony and function solely for reproduction. In appearance, the drone more closely resembles a wasp, due to its addition of wings. The function of a drone is to mate with a princess ant during the nuptial flight. Once the drone ant has mated, it dies.

Soldier ants are characterized by their large heads and protruding mandible. Only present among polymorphic ant species. These sterile female ants possess more strength than the typical female workers and can carry larger objects back to the colony.

Functioning as the founder of a colony, the queen ant can lay thousands of eggs each day. After successfully mating, the queen may stay fertilized for many years. When the queen ant establishes a new nest, she will shed her wings. During its lifespan, the queen can potentially lay millions of eggs. With a lifespan of up to 15 years, the queen ant is one of the longest living insects in the world. Upon the death of a colonies queen, the colony will only survive a few months. 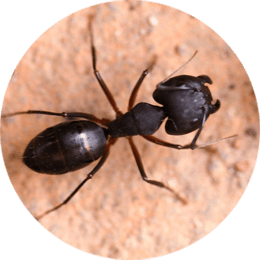 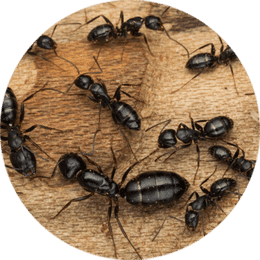 Several species of ants can be found in Oklahoma. Though in many ways the species are similar, different ant control methods may be required between the species. Professional help may be vital in controlling the ant population in and around your home. 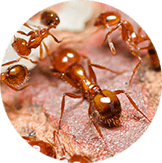 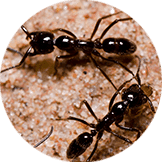 Odorous house ants derive their name from the scent they give off when they are crushed. The rotten coconut scent they emit may be due to the diet this ant species has, which consists of honeydew. Most often, odorous house ants invade homes after rainy weather. When indoors they feed on meats and grease. 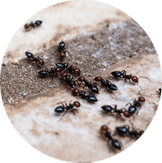 Though this species possesses a stinger, their small size makes it ineffective against humans. Little black ants are prolific in urban and industrial settings. This species establishes indoor colonies within walls and carpet wall junction points. Little black ants are omnivorous and will feed on a variety of sources, including; other insects, sugar-based items, grease and oils and vegetables. 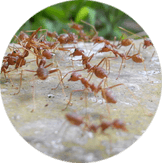 Pavement ants can be found indoors within walls and under floors. They typically will invade homes and businesses while foraging for food. Pavements ants typically prefer to eat greasy foods, but will also eat insects, living or dead. Though they have the ability to sting, they are typically docile and avoid confrontation. Pavement ants received their name due to their unique nests within sidewalk and driveway cracks. 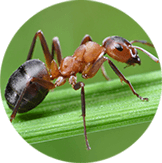 This genus of ants encompasses wood ants, mound ants, thatching ants and field ants. Sunlight is an important component to most Formica species' colonial survival. Given their reliance on sunlight, it is atypical to find Formica ant colonies indoors. In suburban areas nests most often are found near sidewalks, fence structures, and building foundations. With the wide variety of species within the genus Formica, food sources can vary depending on the ant in question. In most cases, professional help is needed to adequately find colonies and satellite colonies that may be associated with it. 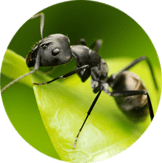 Primarily seen outdoors during the Spring and Summer months, carpenter ants have become a common sight. Often mistaken for termites, these ants can be found in decaying wood for its humidity and temperature properties. Though they can be detrimental to the wood they inhabit, carpenter ants do not eat wood. Most often carpenter ants will feed on meats and pet food, as well as sugar-based sources like syrup, honey, sugar, and jelly. 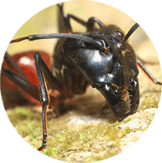 Major workers within this species of ant have large heads relative to their bodies, giving them the name bigheaded ants. Though not associated with structural damage, some bigheaded ants are known hosts of tapeworms. Typically, they will not nest inside of homes but establish colonies near entry points outdoors. Bigheaded ants forage for protein-rich food sources when found indoors and enter through foundational cracks.

When dealing with an infestation, it's important to know that do-it-yourself treatments may give the appearance that your ant problem is normalizing. In reality, without properly removing the nest, the ant problem is still present and can be potentially deteriorating the quality of a home. With over 12,000 species of ants all over the world, the likelihood of running into an ant infestation is likely.

There are several prevention methods available to ensure that a home has a decreased risk of ant infestation.

Though no home can be completely entry proof, these methods can help ensure that a home isn't a buffet for any unwanted pests that make their way inside. The key to successful pest management lies in dedication to preventative care. In Oklahoma, ant control can seem like a never-ending process, but it doesn't have to be with the help of professionals.

When to Call a Professional

At Emtec Pest Control, we are committed to safe and responsible pest control. We understand that your family’s safety is your number one priority, so we make it our priority, too. If you have any other questions about any of these pests or pest control for your home or business, contact your Oklahoma pest control experts at Emtec Pest Control by calling us or by filling out our online contact form. Our service areas in Northeast Oklahoma include Bixby, Broken Arrow, Catoosa, Owasso, Jenks, Sand Springs, Sapulpa, Skiatook, Stillwater, Tulsa and the surrounding areas. In Central Oklahoma, we service Edmond, Moore, Oklahoma City, Yukon and the surrounding areas. You can also connect with us on social media for more helpful pest control tips and information.